After reading yet another article on Cicada 3301 on Hacker News a few weeks ago, I was struck by inspiration. If I wanted a whole gaggle of people on the Internet to compete for – well, for some unknown goal – apparently all I needed was ciphertexts of arbitrary complexity and arcane places to hide them. Arcane places I had, but what I didn’t was a good way to generate all the sorts of codes that Cicada 3301 employed.

So I decided to make it.

cryptolalia is a Ruby gem that allows the creation of arbitrarily-complicated ciphertexts from plaintexts. At release, it has the following ciphers:

You’ve probably seen most of these ciphers before. But they become way more difficult to decode if you choose weird alphabets, Victorian-era source texts, and long-dead numeral systems. Combine these ciphers with excellent placement and you too can take the cryptography world by storm!

Taken from the cryptolalia README: 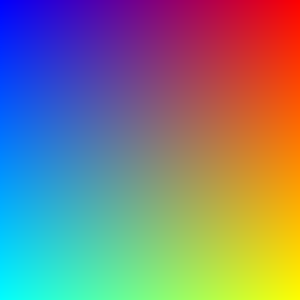 The above image contains a ciphertext! It was inserted there using cryptolalia in the following manner:

The plaintext (“secrets are fun”) was transformed with a Pollux Morse code cipher:

The result of the Pollux cipher is fed into a Beale homophonic substitution cipher with the Declaration of Independence as a source text:

The result of the homophonic substitution cipher is further moved into a steganographic PNG cipher to encode it into the least-significant bits of an image:

Don’t believe me? You can decode it yourself, also using cryptolalia:

Download the file above (rainbow.png) locally and decipher it with the steganographic PNG decipherer:

Insert the numbers of the Beale homophonic substitution cipher back in:

And finally, plug it right back into the Pollux cipher: